Can YA Muslim Fiction Help ‘Normalize’ Islam for Teens? 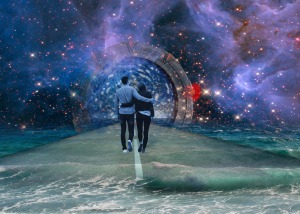 Can YA Muslim Fiction help normalize Islam for teens? I think so.  Many young adults readers are already reading tons and tons of secular YA books. Getting them to read a cool and engaging Muslim fiction book with subtle religious hints to it will definitely help.

Muslim writers agree and Muslim Moms approve. Why? Young Adult Muslims get to read about Muslim characters who face their real struggles. It can  help them ponder on how they can carry themselves in the future and learn about Islam in a fun context. Having said all that, I can only speak for my latest YA Muslim science fiction, dystopian book. And the verdict is in masha’Allah alhamdullilah!

Now that we have made a small claim on the impact of YA Muslim Fiction, it’s imperative that we know the distinction between Muslim Fiction, Islamic Fiction and Muslim Authored Reads. Below are my personal definitions of each terms.

Islamic Fiction is a smaller category of Muslim Fiction. However, to this date it does not portray any kind of explicit content. It aims to stay puritan.While I don’t completely agree with that because intimacy and spirituality merge, I leave the subject alone. Moreover, I obviously don’t classify my steamy Muslim fiction romance books in this category unless it becomes more inclusive with explicit content. Either way, that’s a definition you can quote me on! On to the next term.

Muslim Fiction is a bigger umbrella that covers all sorts of fictional material in which Muslim characters are featured and represented.

Muslim Authored Reads are books written by Muslim authors that are more mainstream and often portray non-Muslim characters. Since these characters aren’t Muslims for the most part, there is more freedom to let them act a certain way that would not be approved in Islam. That said Muslim Fiction also portrays real life characters who struggle with being steadfast with the deen.

Read more on the debate by clicking on the links below:

Now, check out the latest buzz on YA Muslim Sci-Fi Dysopian; The Ducktrinors Book I & Book II below!

Thank you for reading,

Papatia Feauxzar is an Author and Muslim Publisher who holds a Master's degree in Accounting with a concentration in Personal Finance. She now works from home at https://hhaccountingsvcs.webs.com/ alhamdullilah. You can visit her website at www.djarabikitabs.com or her sister's website www.fofkys.com
View all posts by Papatia →
This entry was posted in Reading, Writing, Young Adult (YA) Literature and tagged Islamic Fiction, Jihad Series, Muslim Authored Reads, Muslim fiction, Muslim YA, The Ducktrinors, Young Adults. Bookmark the permalink.

2 Responses to Can YA Muslim Fiction Help ‘Normalize’ Islam for Teens?