Dukyarian Rectangle – An Interview With the Author 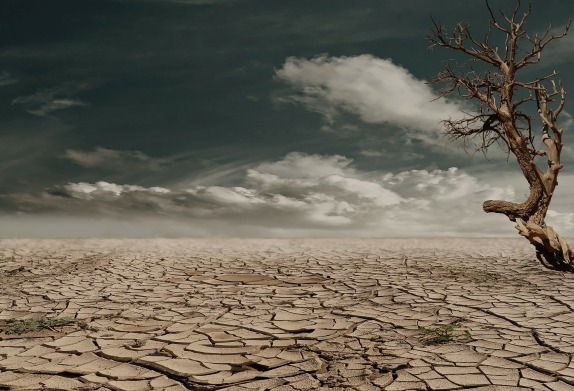 Hayati Magazine: Today, we have a very special guest; Author Babs Soares. Soares is a former high-ranking government official. He also has an extensive international experience, having worked in an international organization for approximately twenty years. As a professor of public administration, he taught at leading universities. He holds a B. A. (Hons) Admin., M.A. (Econ) and doctorate degrees from reputable British universities. He has published widely in his field of specialization.   The blurb of his book we will be discussing today goes as this:

The year is 2085. The world has reached the end of the evolutionary continuum. In this post-evolutionary world, truth and conscience are expendable. In the atheist-dominated world, right and wrong are dictated not by God or His holy books, but by an overreaching World Government Organization. The WGO, as it is popularly known, soon meets its match in, of all places, Dukyaria, a heavily-indebted third-world country, a country brought to heel by corruption and ethno-religious antagonism. Dealing with its Nemesis in Dukyaria of course demands that the WGO play four characters against one another—the moderate Muslim cleric (Salim Kamil), the terrorist Homo Haram leader (Abu Danja Mamba), the Catholic Reverend Father (Basil Okoye), and the business-savvy head of the Abounding Grace Ministries (Pastor Emmanuel Kalu). It is up to Kamil and Okoye to get the four points of the Dukyarian rectangle to stop antagonizing each other and, instead, team up to upend WGO’s plans. The question is how?

Author Babs Soares, welcome to Hayati Magazine! How long have you been writing fiction and non-fiction?

BS: You could say I chose writing as a vocation the day I embarked on an academic career. I could not have risen to the status of university professor of public and international affairs without publishing articles in peer-reviewed journals and authoring full-length textbooks in the field. Of course, that warranted interrogating real-life, non-fictional, mostly, concrete, but perplexing, challenges. I am a late-comer to fiction. I tried my hand at creative writing in 2014. This was in an attempt at liberating myself from the constraints of robotic thinking, the kind imposed by contemporary science’s theory and methodology of knowledge.

HM: How long did it take you to write Dukyarian Rectangle formerly known asDisvolution?

BS: It took me ten years. This is what you get when you combine a new passion with ongoing commitments!

HM: Impressive! Dukyarian Rectangle is a long story but the dark humor skillfully weaved throughout the plot kept us turning pages or should we say swiping the pages from right to left on our reading device. So this brings us to the next question. Do you outline your stories or do you just go with the flow?

BS: Writing a story is like building a house from the ground up. You have to start with a sketch of sorts. You need an architectural drawing. But that is probably where the analogy ends—at least, in my own case. I keep changing the drawing as I move along. I may find myself in a super market where a person’s appearance, comportment or utterance rings a bell. What I generally do in such circumstances is to note how that might move my story along. Many writers get inspired at night. My own inspiration comes early in the morning. I have lost count of the number of times I woke up at dawn to capture an overnight inspiration. I also learn a lot from conflict and tension, more so, as both help me challenge my own assumptions and modify my architectural drawings!

HM: Right. Inspiration is all around us, and writers are anthropologists of some sorts. While the writing muses often strike at night for most writers like you said, it often happens at other specific times during the day. Good stuff, masha’Allah. Now, when will the new edition of your book, Dukyarian Rectangle, officially launch? Readers, you can read a brief review here.

HM: Insha’Allah. African countries had their own names before the colonialists swung into action there? After independence, many African countries reverted to old names or picked names befitting in the cases of Ghana, Burkina Faso, etc. How did you come up with Dukyaria as the name of this country?

BS: The Hausa word for wealth is ‘dukyar’. In what amounts to linguistic license, I stretched the word and ended up with ‘Dukyaria’, meaning, ‘public property’, ‘Commonwealth’, or, contextually, ‘a state owned by all the People’.

HM: Brilliant! Now, how has your publishing journey been?

HM: Alhamdullilah. When did the idea of writing Dukyarian Rectangle hit you?

BS: It came to me when I was on the staff of an international organization, travelling the world, and interacting with peoples from diverse backgrounds.

HM: All your characters were unforgettable. They were truthfully and sharply cunning. Will we read about Ekineta, Jamie, and the clever clone X300 Sly Fox again?

BS: I am counting on that! For now, let us wait for the readers’ verdict on Dukyarian Rectangle. If they want more, there is more (and better) where that came from.

HM: Sam was also another character with crafty skills. Did you have fun penning him?

BS: You bet! Sam really got my attention. It takes extraordinary skill to turn deviousness into fine art.

HM: That’s very true! The plight of Abu Mamba reminded us a bit of Samory Touré. Are we correct to think so?

BS: You are absolutely correct. Both have a lot in common.

HM: This concludes this interview. Thank you for being with us. The team at Hayati Magazine wishes you great success with your book launch and the book sales. Please share with us your social media links so our readers can get to know you better.

Papatia Feauxzar is an Author and Muslim Publisher who holds a Master's degree in Accounting with a concentration in Personal Finance. She now works from home at https://hhaccountingsvcs.webs.com/ alhamdullilah. You can visit her website at www.djarabikitabs.com or her sister's website www.fofkys.com
View all posts by Papatia →
This entry was posted in Interviews and tagged Babs Soares, Ducktrinors Discover, Dukyarian Rectangle, Dystopian SF, Interfaith, Interviews, Nigeria, Nigerian Authors, Political Thriller, Socio-Political Thriller. Bookmark the permalink.